Despite the office and finance gods conspiring to keep me working late, I managed to stop by Sketch Tuesday last night at 111 Minna, which is a monthly live drawing event: 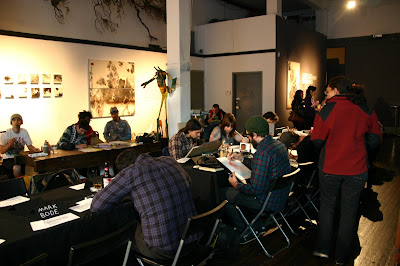 I was there on the earlier side of the 6-10pm event, so not all the artists had shown up, but those that had, were diligently producing: 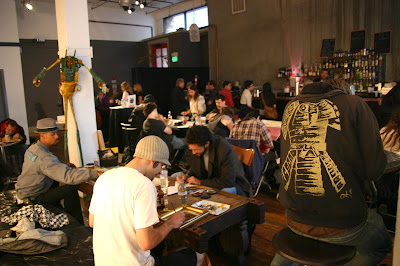 In addition to the table of invited artists, most of the other tables around the bar filled up with local artists: 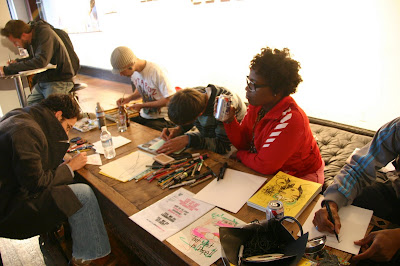 It's a casual atmosphere (note the frequency of flannel and untamed beards in the picture below) where enthusiasts can watch artists at work in a variety of mediums: 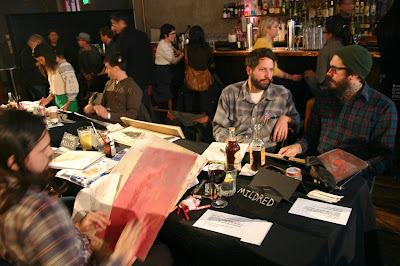 Completed works were posted on a wall and available for sale: 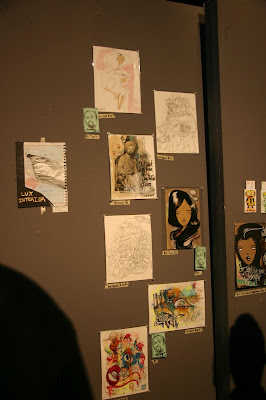 Brett Amory was among the invited artist and came prepared to work on one of his small portraits: 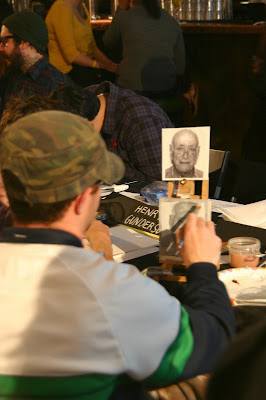 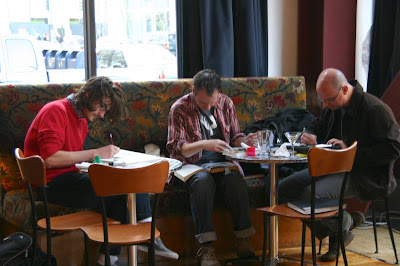 The bar was filling up by the time I was heading out, but the night was still young and a lot can get done in four hours... 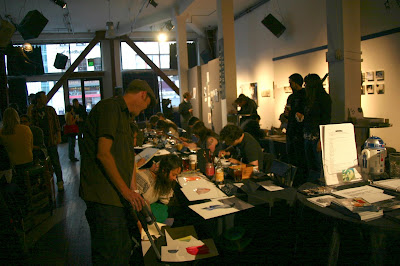 Sitting across from Brett at the main table was Ted Lincoln, who also had a show up in the gallery: 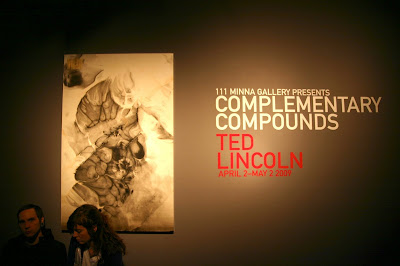 Ted uses sumi ink, which was familiar to me after doing my piece on Freya Prowe. I really enjoy the medium's rich blacks: 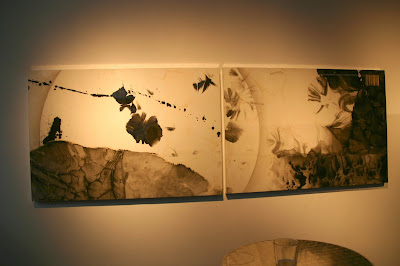 The show is probably only up for another week or so, so be sure to check it out! 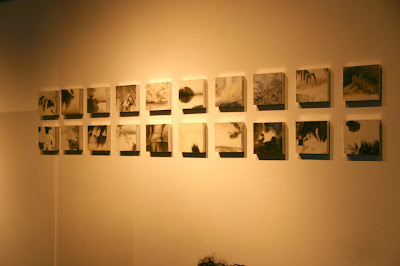