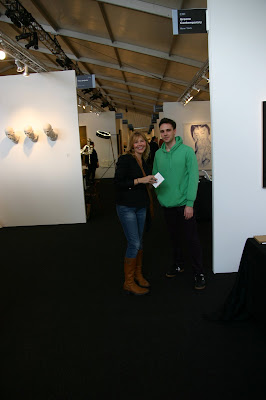 Our first stop was Scope NY at the Lincoln Center, where over 40 galleries held booths. There we found San Francisco's Shooting Gallery: 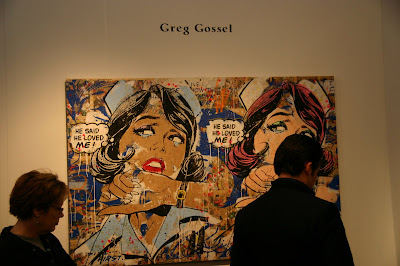 In addition to works by Greg Gossel (above) was a large piece of assembled homeless signs by EriK Foss: 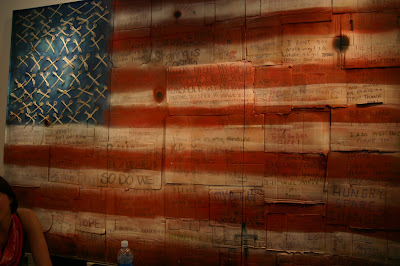 Works by Ron English (below) were also am display with the Shooting Gallery. We also had a chance to meet Libby Nicholaou (below, far right): 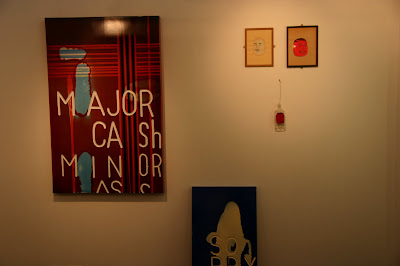 The gallery featured work by Charles Linder (below left), among others: Several works by Jeff McMillan were also on display (below): 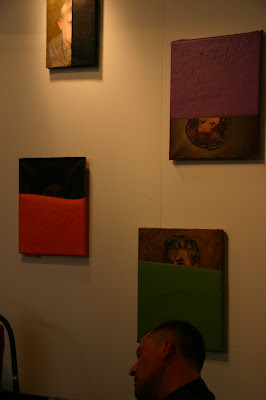 The Costa Rican-based Jacob Karpio Galeria had some intriguing works by New York artist Jordan Eagles, who uses blood as one of his materials: 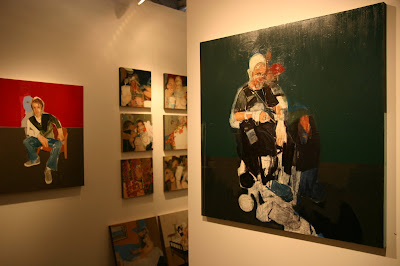 Karim Hamid (above and below right) had several pieces on display: Also with dFAULKEN was painter Sara Carter (above left): From Miami was the Hardcore Art Contemporary Space, which featured works by five artists, including Anne Brunet (below): I enjoyed a matchbox book by Julie Lopez (below). The drawing portrays the artist's route home: From Madrid was Galeria Fernando Pradilla: 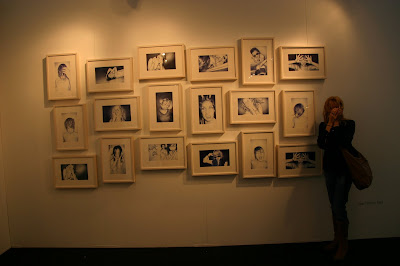 Dominating Fernando Pradilla were several works by Juan Francisco Caras (above and below): 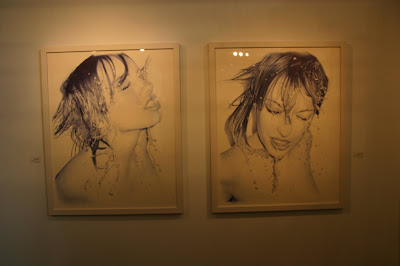 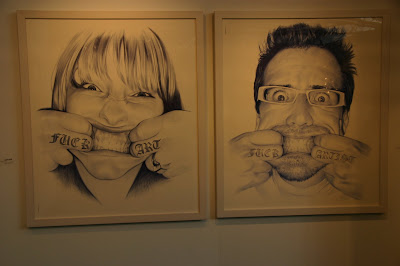 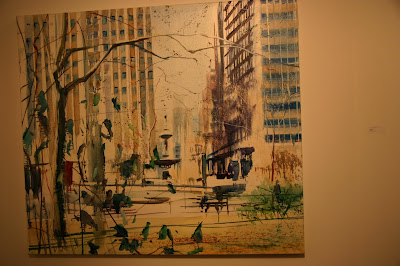 Among the works at Andreas Binder were paintings by Matthias Meyer (above) and works by Tina Berning (below): 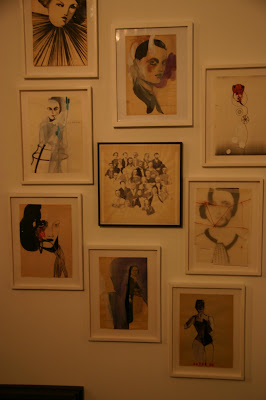 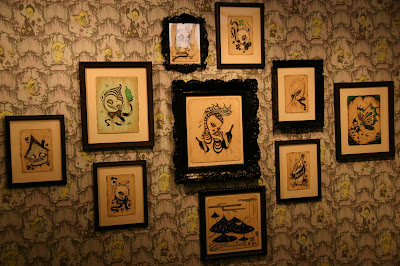